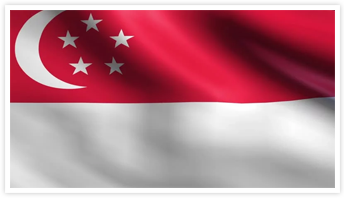 At Taxes for Expats we have been preparing U.S. tax returns for U.S. Citizens and Green Card holders in Singapore for over 14 years.

Singapore is an attractive country for expats - it has a global culture, a bustling business scene, and a low rate of crime. If you join the 1.3 million people who have chosen to be expats in Singapore, make sure you understand how your taxes will be affected.

US citizens, as well as permanent residents, must file expatriate tax returns with the federal government every year no matter where they reside. Along with the typical tax return for income, many people are also required to submit a return disclosing assets which are held in bank accounts in foreign countries by using FinCEN Form 114 (FBAR).

Compared to many countries, the income tax levels for individuals are low. Like most systems, the system in Singapore is progressive.

Who Qualifies as a Resident of Singapore?

US expatriates are considered residents of Singapore for tax reasons if they worked or lived in Singapore a minimum of 183 days. Non-residents have their tax calculated at a rate of 15%, then pay the greater of that tax or the tax in the above table. All other income not from employment has a tax imposed of 20%.

There is not a tax on inheritances or capital gains in Singapore. There is, however, a Goods & Services Tax of 7% on all purchases for domestic consumption.

When Are Singapore Taxes Due?

Those who are residents of Singapore must file their Singapore return using Form B1 no later than the 15th of April in each year, similar to US taxes. Those who are self-employed must report earnings on Form B. Non-residents must report earnings on Form M. Even though the tax returns must be submitted by the 15th of April, any payment of taxes associated with them isn’t due until following the mailing of notices. These are usually sent in the month of September. The deadline for paying the tax is one month following the date of the assessment’s mailing. Note that this is quite different than US taxes, where all taxes must be paid by the 15th of April.

Those who made under SGD 22,000 aren’t required to submit a Singapore return. Also, many employers in Singapore send salary information for their employees directly to Singapore’s Inland Revenue Authority. If a taxpayer has no other income, then this eliminates the requirement to file.

The equivalent to United States Social Security in Singapore is known as the Central Provident Fund, or CPF. Expatriates are not mandated to pay into the system unless they gain permanent residency in Singapore. Once a person gains permanent residency status, both they and their employer pay into the Central Provident Fund. The total paid into the fund is 37% of annual salary. 17% of this comes from the employer, with the rest coming from the employee.

US citizens who are self-employed, even overseas, must still pay Medicare and Social Security taxes on their earnings. The self-employed pay both employer and employee portions of the tax using Schedule SE when filing their US taxes. But, employees of foreign employers who are required to contribute to the foreign equivalent of Social Security might not be obligated to pay the United States tax for Social Security.

In Singapore, taxes are imposed on any income earned by Singapore residents, or within Singapore. For tax reasons, a person is considered to be a resident if they have worked or lived in Singapore a minimum of 183 days during the prior year. Expats do not pay Singapore tax on income earned from outside Singapore. Income from employment for non-residents has tax imposed at a 15% flat rate, or at the tax rates for residents, whichever is greater. Other types of income on non-residents are taxed at a 20% rate, unless there is a specific exemption or a reduced rate due to a treaty.

If a person is employed by a company based in Singapore, their income is subject to income tax in Singapore. Unfortunately for United States citizens, any income earned within Singapore is also subject to United States expat taxes. But, there is good news. There are several credits and exclusions in US tax regulations for taxes paid, and income earned, in foreign nations. Ultimately, the goal is to balance a taxpayer’s tax liability worldwide.

Similar to the requirements in the United States, self-employed persons who operate their own business in the country of Singapore owe taxes on net profits, payable to Singapore. Any foreign persons who plan to start their own business within Singapore must first get a EntrePass before beginning their business. United States citizens are required by the IRS to continue reporting and paying tax on earnings from self-employment on their United States expatriate taxes. Where the person’s income is generated doesn’t matter, but the credits and exclusions previously mentioned may provide some relief.

Bonus payment received during the tax year - should be reported in the Tax Questionnaire under the Main > Earned Income tab as a component of Gross Wages. For further detail, please click the corresponding help link (green question-mark) in the TQ.

Your director’s fee should be reported as self-employment income only if you are self-employed (answer Yes to the question Were you self-employed during the tax year (either abroad or in the US)? in Main > Earned Income section). If you are an appointed director in the corporation this income is added to wages.

If you own 10% or more shares in the corporation this income is still reported as wages. You also must file Form 5471. Ownership in the foreign corporation should be reported in the TQ under the Other Income tab. (Main>Other Income>CORPORATIONS & PARTNERSHIPS).

If your employer provided allowance on top of direct salary (car, education, home leave, etc.) please report this in the TQ under the Earned Income tab. (Main>Earned Income>Foreign Sourced Income)

https://www.taxesforexpats.com/singapore/us-tax-preparation-in-singapore.html#faq-417
5. Contributions made by employer to any pension

Contributions made to a foreign employer pension plan - The IRS considers it as a part of the annual compensation - unless there is a country-specific Treaty Exemption (for example UK, Belgium and the Netherlands). Report these contributions in the TQ under the Earned Income tab (Main>Earned Income>Foreign Sourced Income).

If you participate in a company Employee Ownership Plan and are issued matching shares for your own contribution, these shares are considered as Stock-Based Compensation. They are reported separately from your regular income. Please report your employee stock ownership in the TQ (Main > Earned Income section).

Singapore Social Security - Expatriates are not mandated to pay into the CPF unless they gain permanent residency in Singapore. Contributions to the Social Security fund should be reported in the Tax Questionnaire under the Earned Income tab (Main>Earned Income>Taxes Paid).

The amount of income taxes you paid during the calendar year should be reported in the TQ under the Earned Income tab. (Main>Earned Income>Taxes Paid)

Questions About US Taxes in Singapore?