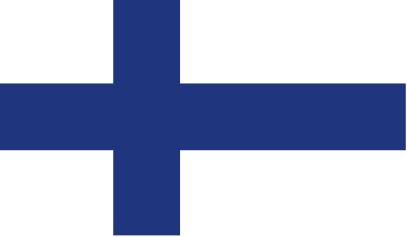 Finland is a beautiful country, with hilly countrysides among many islands in what is the largest archipelago in Europe, and the Northern Lights visible in the winter. American expats are drawn not only to the beauty, but also economic opportunities - particularly in the healthcare and IT arenas. Of course, with economic opportunities come tax concerns. This article will help you understand your tax obligations if you choose to live in Finland as a US expat.

Who Qualifies as a Finnish Resident?

You will be considered to be a Finnish resident once you have stayed a minimum of 6 months. This stay will be treated as being continuous, even when you leave the country as long as 2 months. Before living in Finland 6 months, a taxpayer is considered to be a nonresident.

Nonresidents only pay Finnish tax on revenue earned in Finland. After a taxpayer is considered to be a resident, they will pay taxes on their worldwide income.

Income from employment (known as earned income) includes director’s fees, wages, salaries, and any in-kind benefits. This income gets taxed at progressive tax rates, which means they increase as salary increases. There is a special tax system for expatriates, where expats who qualify can choose to pay taxes on their earned income at 35% (flat rate) for a maximum of 48 months, rather than at the progressive rates.

Dual taxation is not an issue in Finland, since they have a tax treaty with the United States.

When Are Finland Taxes Due?

Employees receive a pre-completed return sometime in March and April. If information on the tax return is correct, there is no additional action needed, and the tax return can be considered complete. If adjustments are necessary, they can be entered online prior to mid-March.

There is a tax for Social Security that must be paid by employees, employers, and by the self-employed. The tax consists of a portion for Medicare, and per diem. Per diem tax is 0.74% of income, and the Medicare portion consists of 1.3% on taxable income.

There is an agreement between Finland and the United States, so a taxpayer only pays tax for Social Security to one of the countries.

Capital gains earned by individuals are taxed at 30%. Capital gains in excess of € 40,000 in the calendar year are taxed at a rate of 32%. Any capital gain from selling a house or apartment that was used for a primary home for a minimum of 2 years while it was owned is exempted from taxes.