Seven Roth IRA Requirements You Need to Know in 2017 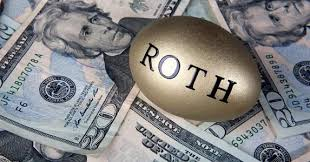 1. Limits for Contributions Did Not Change

The following table shows the contribution maximums in previous years.

While contribution limits did not change, show that maximum income at which one can no longer make contributions has increased.

Married individuals filing separately, and who have been participating in their employer-sponsored plan will not see any changes in their phase-out amounts.

This rule went into effect in 2010, but is still an important one. Before 2010, converting a 401k into a Roth IRA required a taxpayer to roll their 401k to a new traditional IRA, then roll it over into a new Roth IRA.

The rules changes in 2010 allow taxpayers to skip this extra step and convert a 401k into a Roth IRA directly. It is much easier, and of course, there is less paperwork.

There was only a minor change concerning conversions to Roth IRAs for 2017. The option to defer the reporting of income for two years is no longer allowed. Any amounts converted during 2017 must now be claimed in that same year.

If you convert your traditional IRA to a new Roth IRA, then change your mind, you are allowed a recharacterization, or “take back”. The deadline for recharacterization is October 15th of the next year. If your conversion was in 2016, there is still time - until October 15, 2017.

6. Conversions from an Existing 401k to a Roth

Someone who is still working and is age 59 ½, whose plan allows for it, can make an “in-service distribution” from their 401k to their IRA. After the money is in the IRA, then a conversion can be done. What many people are not aware of is that there are some plans that allow “parts” of their 401k to be converted.

The key is “parts”. It is not possible to distribute the full balance of the 401k and then do the conversion.

The rules get a bit more complicated as they relate to employer contributions and profit sharing. These contributions are eligible for an in-service distribution as long as they meet the following criteria:

Note that if the plan allows for it, amounts in your 401k account that came from IRA rollovers or old 401ks are eligible for in-service distributions.

7. Converting to a Roth 401k Instead of a Roth IRA

If you don’t qualify to make an in-service distribution, don’t give up yet. Guidance has just been released by the IRS concerning conversions from a 401k into a Roth 401k. But, of course, to qualify for this possibility you have to have the option of a Roth 401k in your current retirement plan. So, no conversion is possible if there is no option for a Roth 401k.

One other important item - although recharacterization is possible with Roth IRA conversions, it is not allowed for Roth 401k conversions.

All of this is highly dependent on the 401k you currently have, and each one is different. It is recommended to discuss your options with your Human Resources Department.

One more recommendation - if the retirement benefits you want are not offered by your employer, continue to ask for them. Persistence and a little pressure can eventually pay off if your employer sees there is demand for a particular benefit.